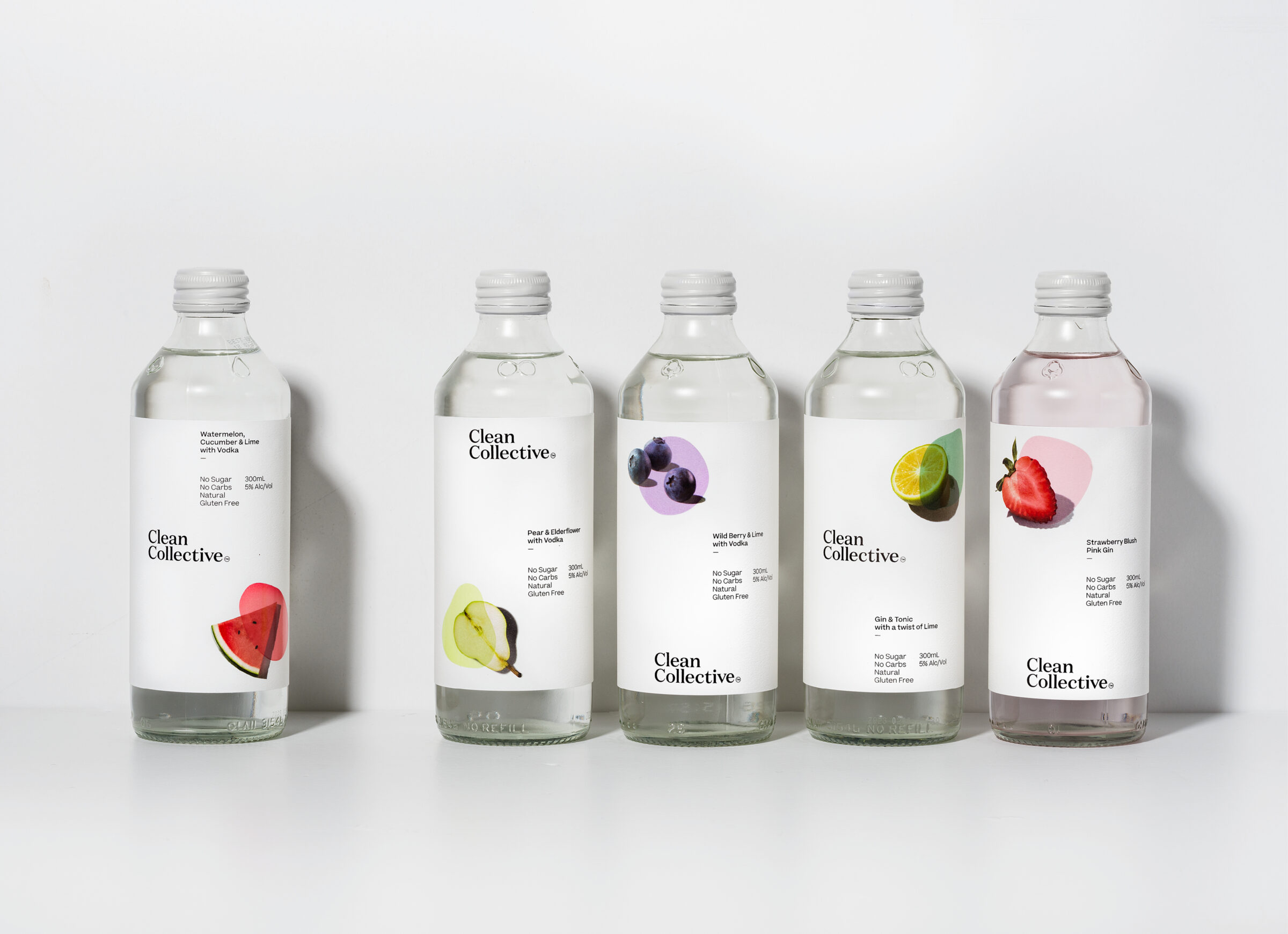 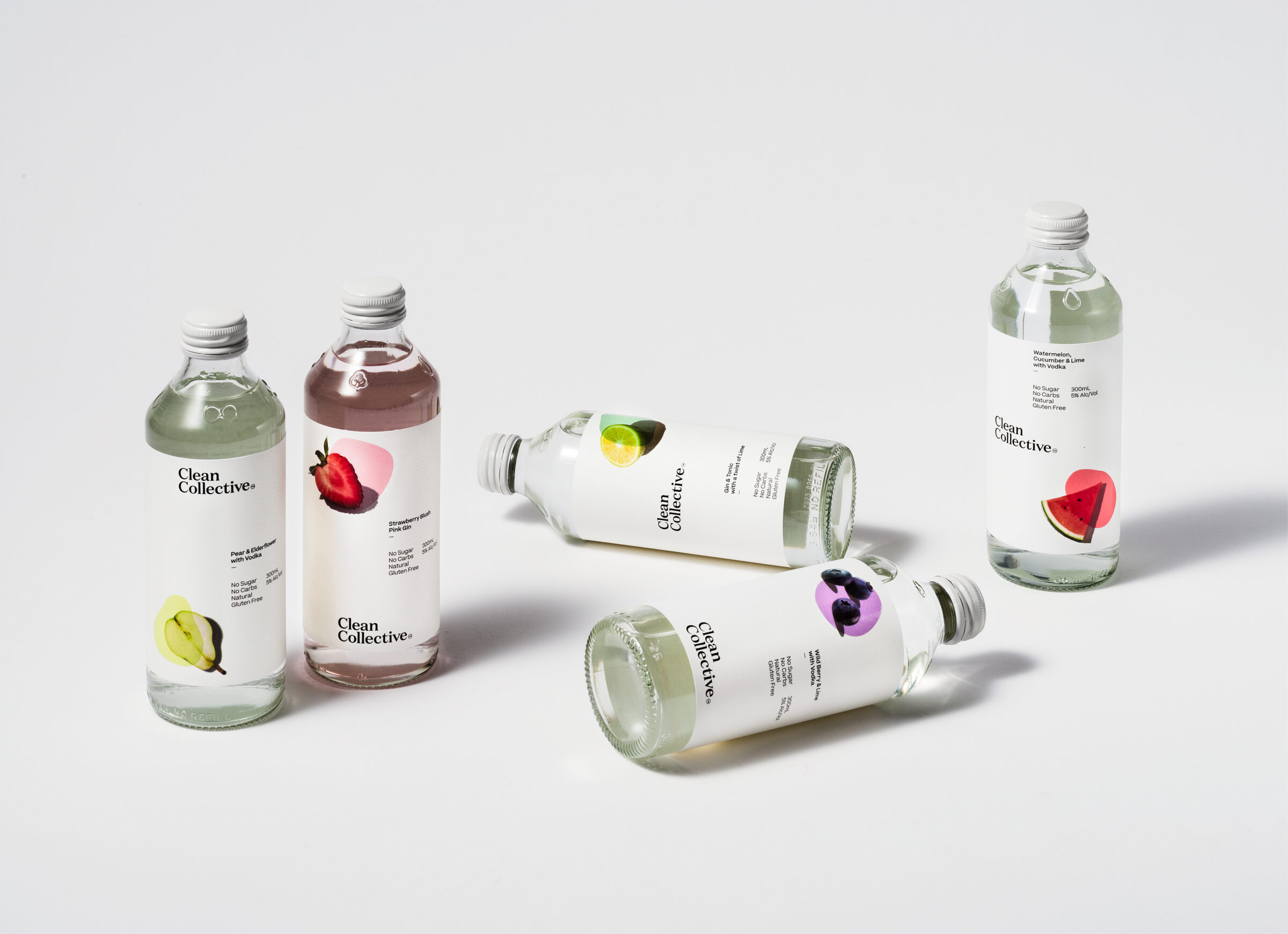 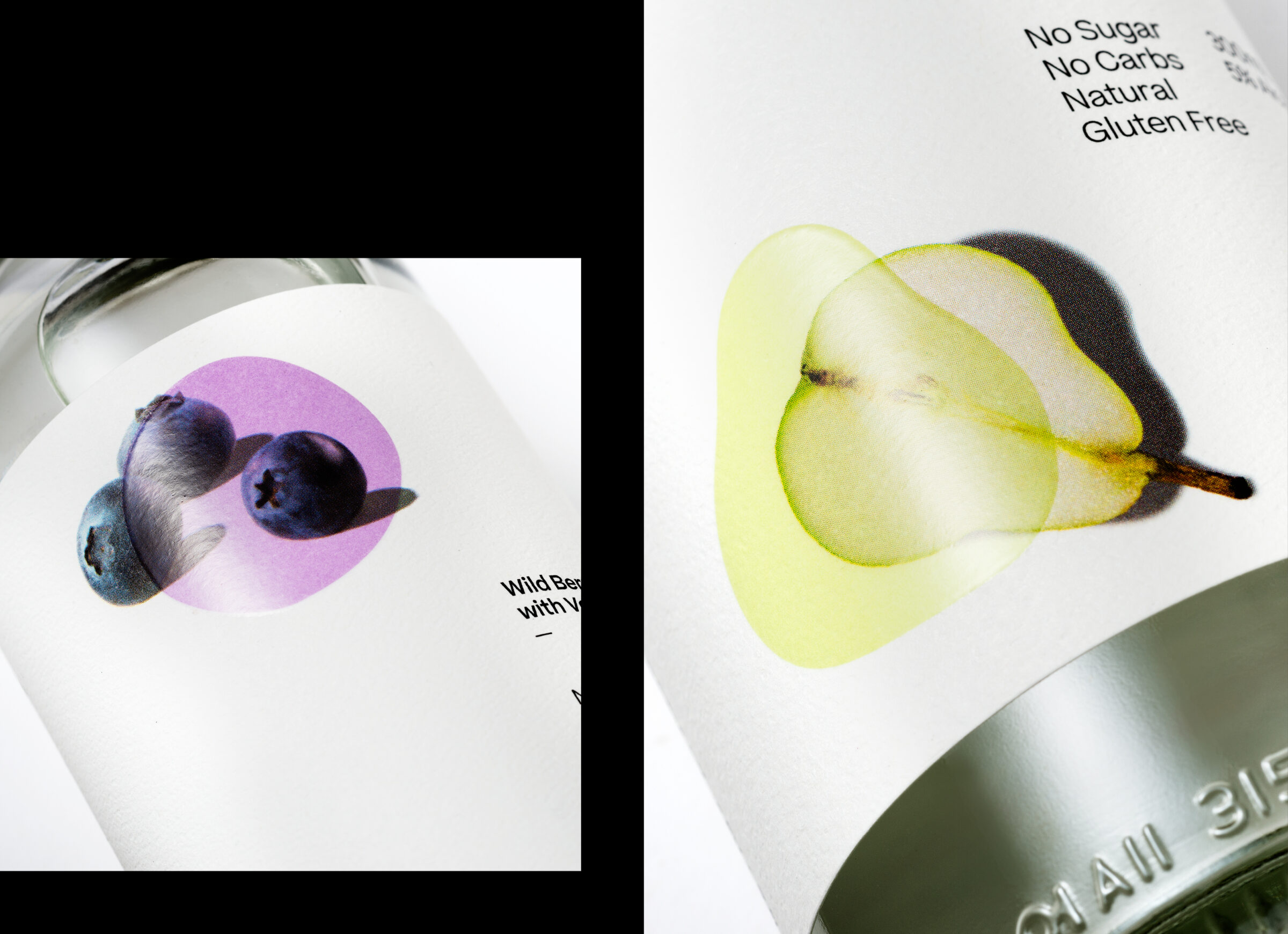 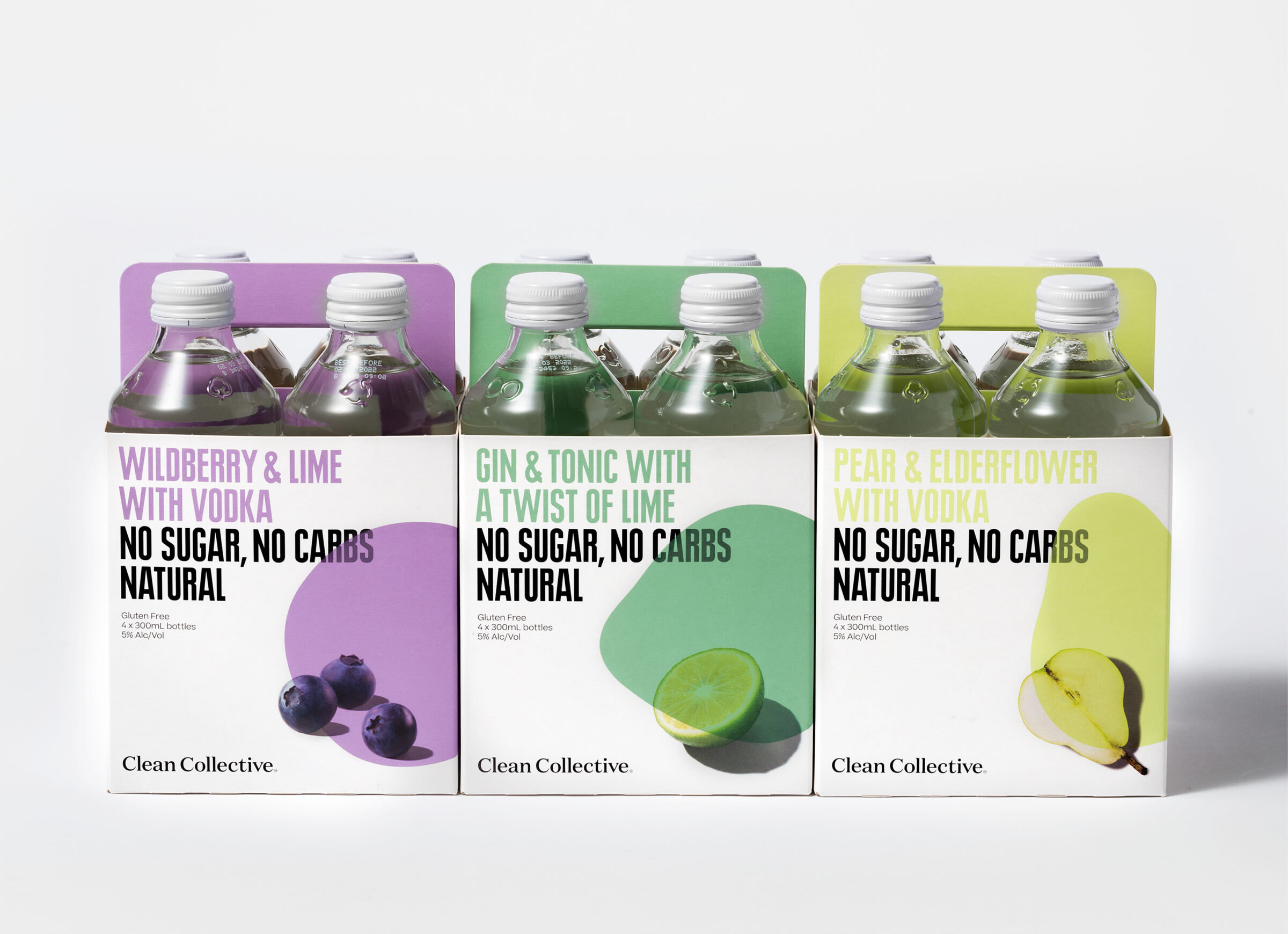 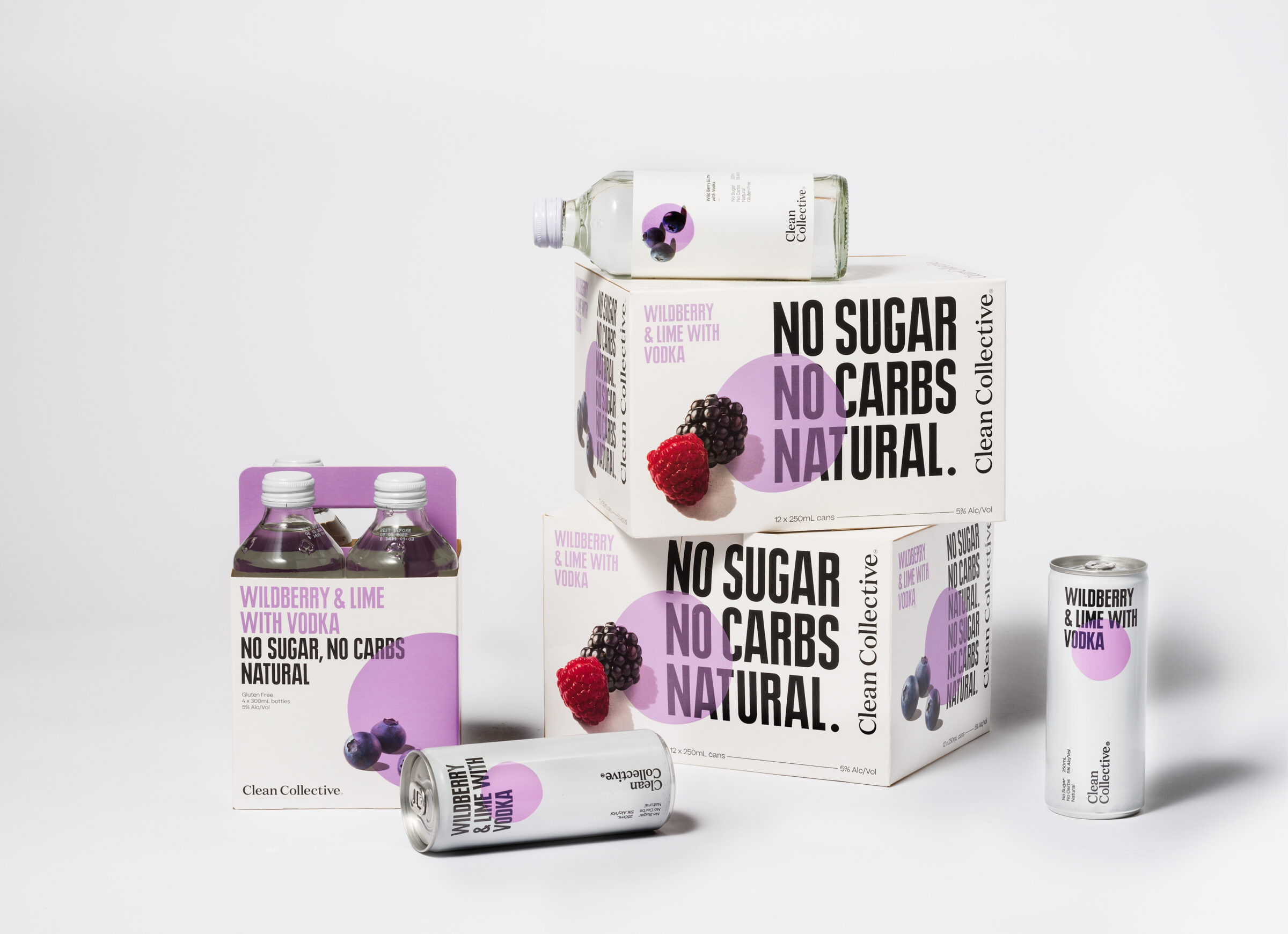 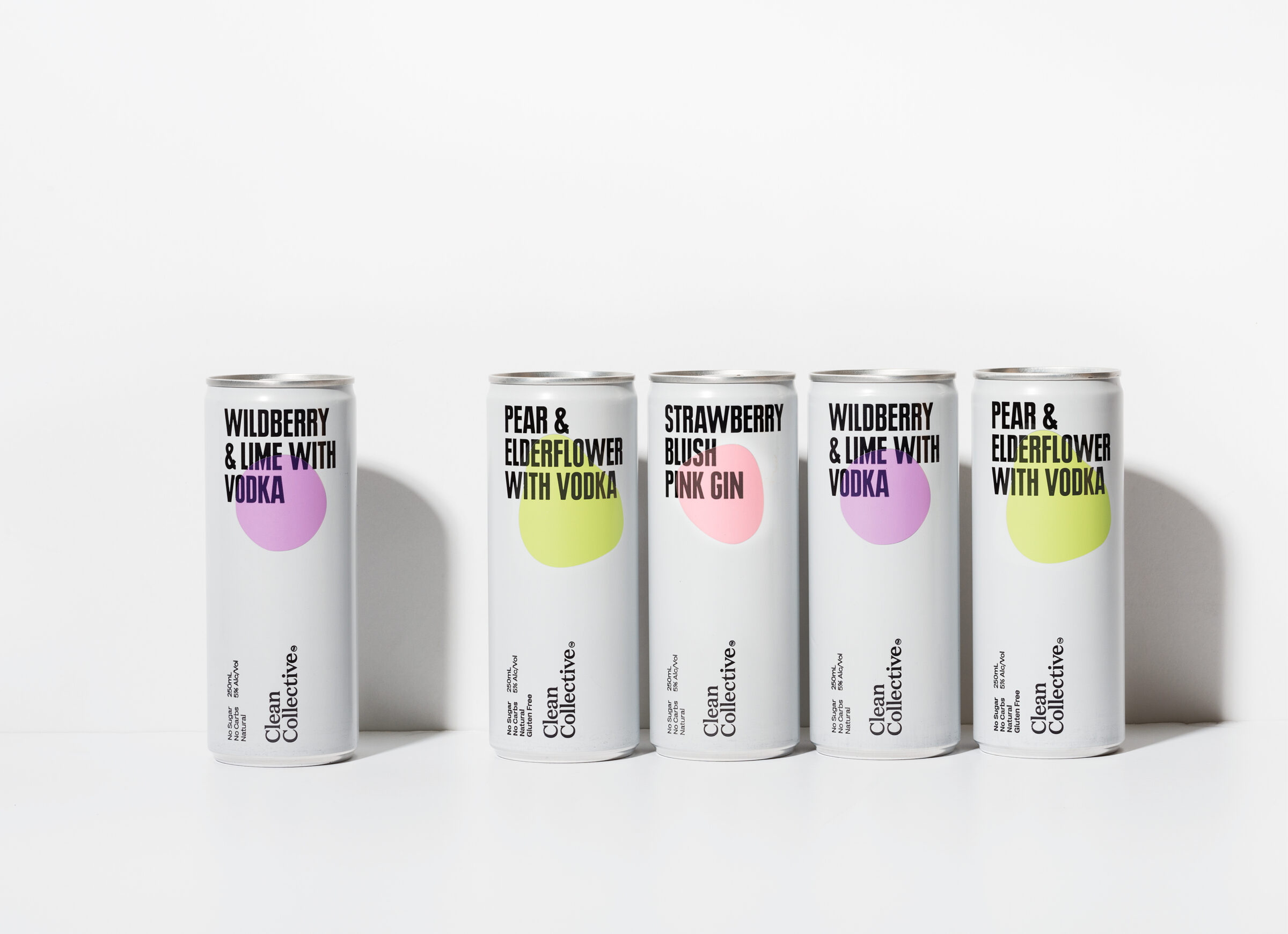 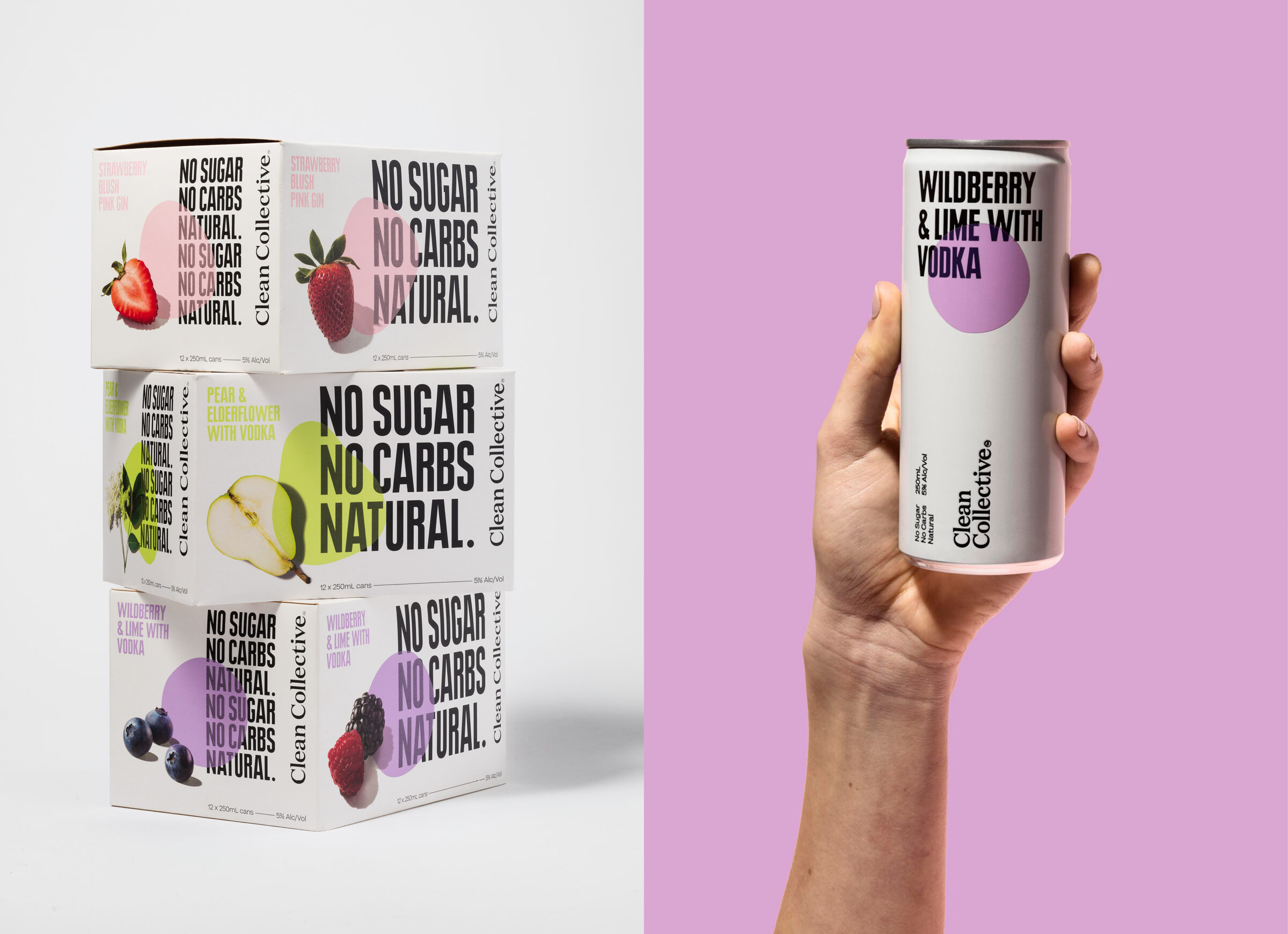 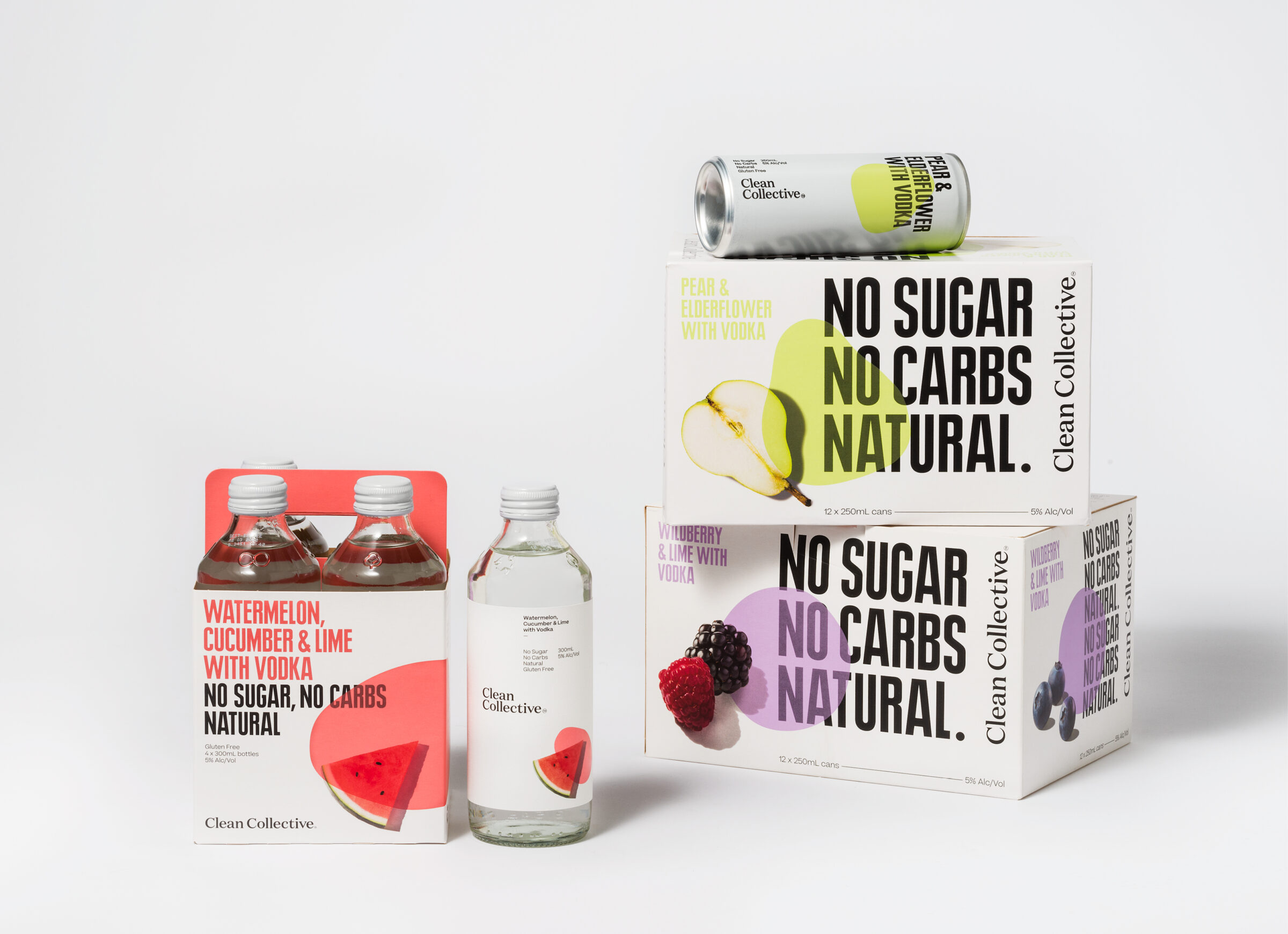 Clean Collective is a boutique beverage company founded by two young New Zealanders, who back in 2016 came up with the idea for a locally made clean premix, after struggling to find any in local liquor stores. Taking the money they had saved for a stint of overseas travel and instead pouring it into this venture. A product that ticks all their boxes being free from sugar, carbs and preservatives. They were the first product of the healthy kind in New Zealand released in to market in 2017. Five years later everyone had jumped on the healthy RTD bandwagon, mimicking their clean style — it was time to leap frog the copycats to stay ahead, and own the space they created.
White has become the graphic standard of the “clean, natural, low-cal” drinks category, and being the original in the market, we doubled down on this.
Amplifying the restraint and sophistication of the original, by committing to removing more. This is a drink as much about what it is, as what it isn’t — No Sugar, No Carbs, Natural. No noise, no affectations, no clutter. A typographic list; black on white; bold, transparent, informative and direct. Design pared back to only what was essential; as clean as it could be.